You may not know who I am or why I am so passionate about helping families with food allergies so I figured as we start this new year, I’d tell you how I began on this food allergy journey.

In 2000, I was sitting in the kitchen with my toddler and for some reason I decided to give him some peanut butter. I was on the phone with my mom who lived in Massachusetts at the time.  I remember looking at my little angel with big bright eyes and curly brown hair who was so trusting of me, his mother, and giving him the sandwich.  Almost immediately after his first bite, he started scratching and I saw hives pop up on his little face.

I told my mom I had to go because he was having an allergic reaction and hung up the phone.  I immediately called his pediatrician who instructed me to give him Benadryl and bring him into the office.

We had Benadryl because he had eczema as a baby so I gave him the medication and frantically packed his diaper bag.

I looked at him and thankfully he wasn’t swelling or having trouble breathing.  A few minutes later, he threw up the medicine.  I gave him more Benadryl and ran out the door.

He was very quiet in the car.  I was worried he was having trouble breathing and I wouldn’t be able to do help him so I called 911.  The operator told me to go into a fire station up ahead and she would tell them we were coming.

I pulled into the fire station, probably with a look of terror in my eyes.  Fortunately by that time the medication had taken effect and his hives were gone.  He was looking around saying “Mommy, look at the fire engines!”.

They said we could continue to the doctor’s office so we got back in the car and he threw up a second time.  We arrived at the pediatrician’s office with him soaking wet.  I said, “We’re here!”.

After hearing our story, the nurse said, “You need to see an allergist!”.

And so our food allergy journey began.

My precious little boy with bright eyes and curly brown hair was diagnosed with not one but multiple life-threatening food allergies including allergies to peanuts and tree nuts.

We were told to stay away from anything containing peanuts or tree nuts, and if accidentally exposed we were to inject him with a device containing epinephrine and call 911.  Then we were told to make a follow up appointment in 6 months.

Was this really happening?  What exactly did the doctor mean?

You mean to tell me my son could actually die if he accidentally ate a little bit of peanut butter?

How could that be?  How did this happen?

On the outside I thought, “Okay we got this, I got this.”  I am a physician and have handled emergency situations.  I thought, it’s not the end of the world.

While it wasn’t the end of the world, on the inside it turned my world upside down.

If I was being really honest with myself, I was frightened – no terrified, overwhelmed and scared.

How was I going to keep him safe?  How and what would I feed him?

How would I keep him safe at daycare and with others?  Would he ever be able to go to school, camp or on family vacations?

Why did I give him that peanut butter sandwich?  I felt I had somehow failed to protect my little boy who meant more to me than life itself.

What was I to do?

All I wanted was for my son to be safe.  But how?

I put on my “doctor hat” and knew I had to figure it out.  I made it my mission to learn all I could about food allergies.

At that time, there weren’t a lot of resources online but I read what I could both on and offline .  Everything was fragmented.  I wasn’t sure  where to turn.  Sometimes I felt like I was just spinning my wheels and getting nowhere.

No one in our family had food allergies and none of my friends had kids with food allergies.  I just wanted someone to come along side me and help me figure it out, someone who knew what I was going through.

As I fumbled along, I taught my husband and parents what I had learned. I read children’s food allergy books to my son to teach him about his food allergies and I mentioned his new diagnosis to the daycare director.

I remember attending a FAAN (currently FARE) conference when he was first diagnosed.  I soaked up as much information as possible and met many other food allergy parents, some of whom I am in contact with today. At the end of the conference, I asked one of the staff member for the names of local food allergy support groups to which she replied there were none. At her suggestion, I started my own.

I was worried, very worried.

I knew I hadn’t done enough.  I wasn’t sure what to do but knew I had to do something to figure it out.  This clearly was not a safe environment for my son.

After thinking about it, I realized that I needed to make sure the main people who were interacting with my son, something I termed the Food Allergy Circle, were educated about his food allergies and how to keep him safe.

At that time his Food Allergy Circle consisted mostly of family, friends and the daycare staff.

Because he is also part of that circle, I taught my son more about his allergies and started involving him in the process even though a mere toddler.

The first thing I did was to speak with the daycare director to arrange food allergy training for the entire daycare.  I created food allergy bulletin boards and helped the director implement  protocols to protect all the children with food allergies.

Next, I turned to my son.  Even though still very young, I explained to him the importance of eating only what he brought for snack and lunch and to say “No thank you” if someone tried to give him food other than what he brought.

I purchased more children’s books and we read about animals and kids with milk allergy, peanut allergy, egg allergy- any kind of allergy we could find!

I modeled label reading by turning the package over to look at the ingredients.  I read through the ingredients out loud and showed him the word peanut.  I think peanut was his first site word!

This worked for a while. He remained in daycare for a few years with the same director, teachers and children.

Then it was time for preschool.

He went to new school with a limited food allergy policy.  Right after he started, I was cc’d on an email regarding an incident that occurred at a school sponsored evening program during which a child had a fairly severe allergic reaction necessitating administration of epinephrine and the calling 911.

Two other parents and I formed a committee to research food allergy protocols across the country because at that time there were no national guidelines like we have today.  We presented our findings to the director of the preschool who took our findings to the school president.  Fortunately, they saw the importance of having a more thorough food allergy policy and developed one for the entire school.

Unfortunately, that didn’t solve all our problems.

Some social situations proved to be difficult to manage.  Birthday parties, for example, both in and out of school were difficult since he couldn’t eat the cake and ice cream.  I would notice when we were at parties outside of school, he would wander away from the crowd of kids when it was time to cut and eat the cake.

I began to involve him more in decisions.  I’d ask him if he wanted to go to the party, if he’d like to bring a snack, if he’d prefer to eat a snack before or after the party etc.

By asking him how he would like to handle the food at the party, he felt more in control and less like a victim.  I was happy to see him retreat less and enjoy birthday parties more.

When my oldest was in kindergarten, I had a second son who also has life-threatening food allergies.

While I had several years of dealing with food allergies under my belt, I experienced different challenges including a new daycare facility, different allergies, siblings etc.

As my sons progressed through elementary school, middle school, high school and one through college, we’ve experienced new challenges along the way.   I’ve always stressed the importance of educating my children and the people around them about food allergies as well as involving my sons in the process.

As they’ve gotten older, they have taken on more and more responsibility while the people around them have taken on less.  My youngest researches restaurants, questions managers, hangs out with friends, attends camp, carries and has self-administered epinephrine.  My oldest buys his own groceries, cooks for himself and manages his food allergies with his five housemates.

Both of my sons have traveled internationally with and without me (that was big for me!).

As I look back over the past two decades, I now know it is not my fault that my kids have food allergies as much as I blamed myself.  Everyone is dealing with something and this is one of the things we’re dealing with in life.

While I didn’t give my sons food allergies, I have always wanted to protect them.  I realize just how important it was not only to have taught my kids about food allergies, as well as the other people in their lives, but to have involved them in the daily decisions.

It was important to get their input, even at an early age and increase their involvement in age appropriate ways so that they were empowered.

Sometimes I wanted to keep my sons behind my protective wings and do everything for them.  I wanted to keep them at arms length from everything, but I realized that while I had to protect them, I also had to prepare them to enjoy life with their food allergies.

I learned that I needed to and was able to slowly pass the food allergy responsibility to my sons, even though it is often quite difficult.

I love this quote by Linda Wooten,

This is a work in progress and not a perfect process.  We are constantly working together on challenges that arise.

One thing I know is that I do not want food allergies to prevent my sons, or anyone’s children,  from living the life they desire which is why I am so passionate about helping parents of kids with food allergies.

While I hope and pray for a cure, I don’t know when that day will come.

In the meantime, I want our kids to be able to live life to the fullest, right now.

Grab your guide and join the community today! 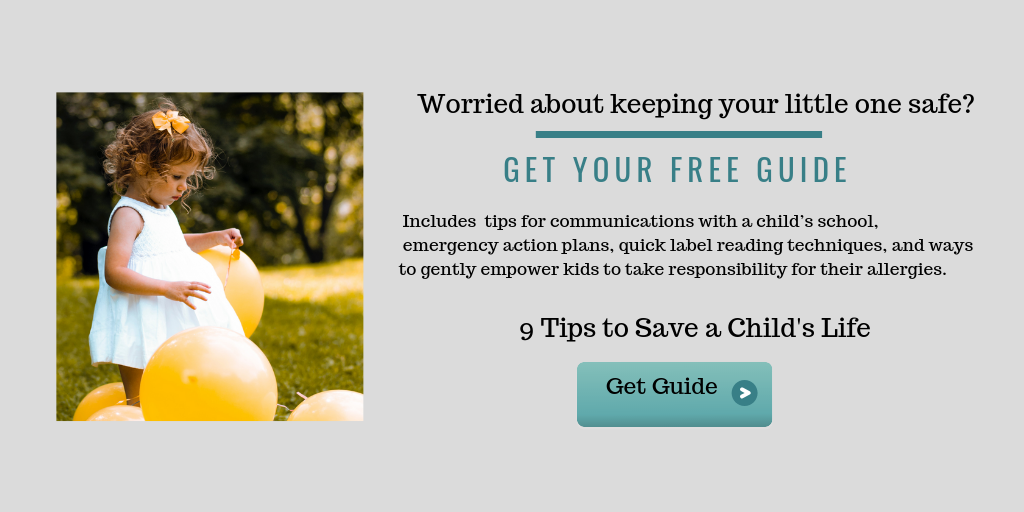 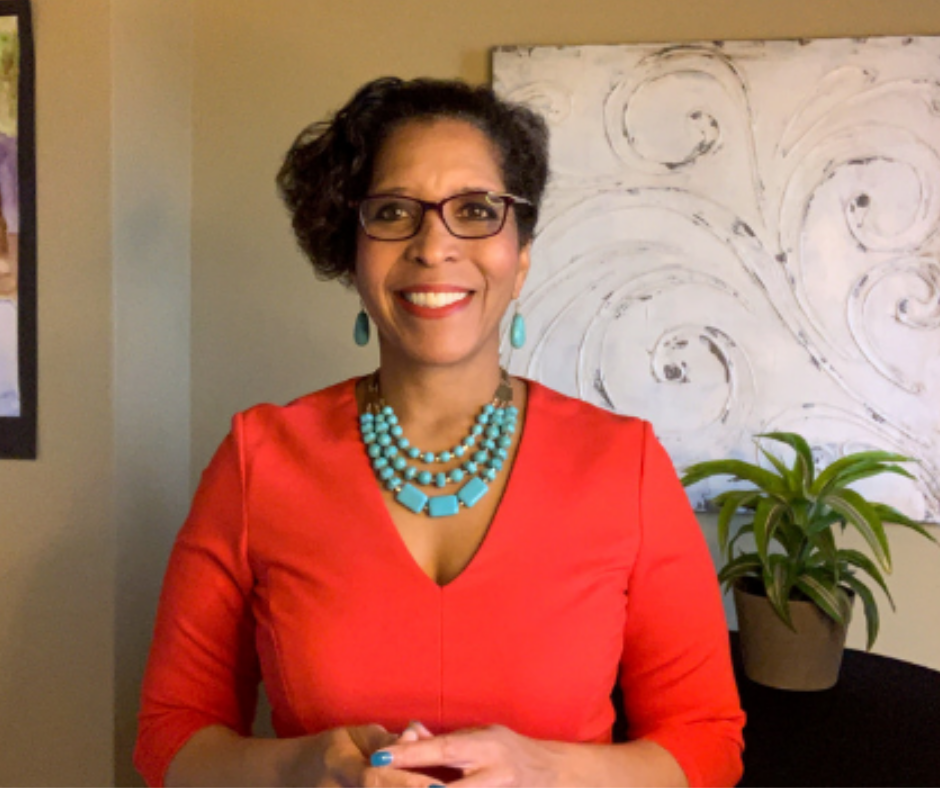 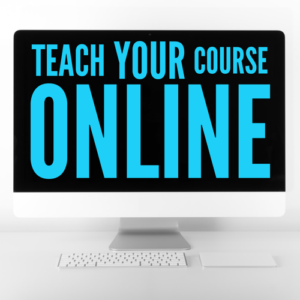